CarryMinati and His Earning Secrets YouTube’s YOUNGEST Indian sensation, Carry Minati aka Ajey Nagar, turned 21 last month. So, what’s so superior about him? Well, he is a real crowd-pleaser that over 23 MILLION subscribers across the world love to watch.

He is the most successful YouTubers in India with an ever-increasing fan base. Also, he owns the most-sought after YouTube Channel, “CarryMinati”. And he has achieved this name and fame at a young age of just 20 years.

But it wasn’t easy for Ajey to become Carry Minati. It took him over 10 years. Let us take a look at his success journey.

Who is Carry Minati?

He is a YouTuber and streamer based in Faridabad, Haryana. Carry is primarily into creating satires and comedy. His songs are also a major reason behind his widespread popularity. Carry is the one to start the trend of roasting other viral videos on the internet.

Ajey was born on June 12, 1999. He was born and brought in Faridabad. He belongs to a well-knitted family. He lives with his parents and brother, Yash in Faridabad. Yash is a professional guitarist and very close to Ajey.

Carry wasn’t very studious since the beginning. In fact, Carry got so nervous during his 12th class Economics Board Exam that he decided to drop the year. However, he completed his 12th from distance education, later.

Carry Minati – From a Nobody to the ‘Roast King of India’

Talking about his success, he created his first channel on YouTube when he was just 10. He used to make Football tutorials, then. He released his first video in 2010. However, he didn’t get a good response.

Later, in 2014, he created a new channel on YouTube with the name, “Addicted A1”. It was a pure gaming-based channel. In these videos, Carry used to play Counter Strike and mimicked Sunny Deol.

Later in 2015, he renamed it to “CARRY DEOL”. It was this time when he actually began roasting small artists and unknown YouTube channels. Such content was first of its kind in India. This what helped his channel grow. While kids of his age had no idea about internet and various platforms it offered, Ajey was working determinately for his dream channel on YouTube.

Eventually, Carry got the audience response he always wanted on his videos. After getting a good response, Carry named his channel to, what we know in the present time, as “CARRYMINATI”.

Ajey also owns another YouTube channel, “CarryisLive”. He live-streams while playing games. This channel is also very popular among the masses. It also has over 6 Million Subscribers. Plus 500 Million views.

Carry Minati is today a renowned video channel, especially amongst the youngsters. Today, it is one of the fastest-growing YouTube channels in the world. It has 23.8 Million subscribers and still increasing.

CarryMinati added more than 10 million users in just 20 days in May. (On 8th May 2020, he had 11MM subscribers, and on 10th June 2020, he had 21M). It happened when one of his videos titled “YouTube vs TikTok: The End Game” became a massive hit on YouTube. Carry made this video to roast a Tik Tok star, Amir Siddiqui. He targeted Amir for his grammar slip-ups, and using irrelevant hashtags for his videos.

The video was a viral hit. It was on the verge of creating a world record of getting 8+ Million likes. Unfortunately, the video was taken down by YouTube for policy violation. Yet, it made Carry the most subscribed Indian Single YouTuber with more than 21 MM followers!

This video broke many records before it was pulled down. It became the Fastest Indian Video to:

Carry Minati’s popularity is because of the content he delivers. He delivers roast and rant videos in a language that a majority of Indians understand, i.e., Hindi. And, he delivers them in his unique style with varied expressions.

From taking a jibe at the renowned TV show, Big Boss, making fun of Bollywood award shows, to roasting celebrities fearlessly and sharing his views on trending topics, Carry did everything to gain popularity on YouTube. He has recorded over 21 million views on an average for each of his recent 30 videos.

In 2019, Time magazine named Carry Minati among its Next Generation Leaders. It is a list of only 10 young people across the world who are on the tracing paths in music, politics, and other spheres. (Source)
Further, CarryMinati has won five Youtube Creator Awards. These include:

In 2018, Carry also got the golden opportunity to meet and interview Hollywood Star, Tom Cruise. With this, Carry became the only Indian YouTuber to collaborate with Tom Cruise for his recent release Mission impossible 6. He went to Paris to meet Tom and the entire team of Mi 6. (Source)

Now, whether or not you’re an aspiring YouTuber, you might wonder, “How did Carry make it happen?” Besides his presentation and unique content, there are certain other factors worth considering here.

CarryMinati’s real growth began after he associated with already established YouTubers. Initially, he was getting some traction on his roast videos. At this time, he had not hit the jackpot yet. But, soon Carry made a couple of videos on BB Ki Vines (Bhuvan Bam). He was the top Indian YouTuber then. It was after these videos that Carry gained popularity, all of a sudden!

In no time, Carry perfected the formula for a viral video. He has understood the art and craft of making exceptional videos one after the other that get onto the YouTube trending video page and end up getting a ton of views.

So, what is his secret?

Most viral videos are based around a central theme. Generally, viral videos can be classified into 7 categories:

Carry Minati, very cleverly uses multiple viral themes in a single video. For example, his “YouTube vs TikTok” is actually a Reaction- based video. It is built on a trending topic of Tik Tok as an emerging new social media platform in India. In this video, Carry uses over the top reaction, ridicule, emotions and sarcastic commentary. With all these ingredients, he tries to make the video life-like, raw and captivating.

The result is, “YouTube Vs Tik Tok” video exploded to 80 M views in just 5 days. Indeed, Carry is the master of content.

So, imagine that you make a fun and entertaining video. You make your family and friends see it. In fact, your friends, parents and sister fall down laughing! And you excitedly post it on your channel. But, 2 weeks after publishing, you fail to break even the 3-digit mark. And your video gets stuck on a lowly 30, 40 or 50 views!

Now, why does that happen?

Well, there are many factors involved in why a video goes viral. Every awesome video out there does NOT go viral. Getting the video to actually go viral is an entirely different ball game.

But then, how does Carry makes his every video go viral?

The answer is simple – He beats the YouTube algorithm!

Click-through rate is the number of people clicking on your thumbnail when they see your video. And watch time is the amount of time people spend watching your video AFTER they click on it.

Based on these 2 metrics, YouTube decides whether to show or not show your video to the audience.

A lot of people try to overcomplicate things when it comes to beating the YT algorithm. But, Carry keeps it simple. How?

First, he focuses on making people click. And second, he makes sure his content is so captivating that people stay on his video.

But how does this actually work?

The CTR is all about your title and thumbnails. And Carry Minati absolutely dominates in these two aspects. His titles are short and snappy. Moreover, there’s always a shock value. He triggers the curiosity in his audience so well that they can’t resist watching his videos.

Further, most of his thumbnails show some kind of reaction with pictures of one or more characters, including himself. These thumbnails are perfectly suited for the types of videos he makes.

Here we need to understand:

What Goes Viral on the Internet?

The audience on YT is particularly averse to marketing. They do not like seeing polished thumbnails and professional videos. Instead, they prefer first-hand raw content by real life people. So, perfection is a flop here.

Further, over 50% of traffic on YT comes from mobile. Hence, to grab attention and be click-worthy on small screens, it’s crucial to keep thumbnails simple. And, Carry Minati apt at doing this.

Well, being click-worthy is one thing. But, what about the watch time?

To generate hours after hours of watch time, Carry does 3 things:

He gets straight to the point as the video starts. This makes sure that people do not drop off just after clicking.

Carry Minati uses a lot of retention strategies to keep people on the video and not drop off. Since YouTube is an audio-visual medium, he changes visuals quickly. He also replays clips often in succession 3 or more times. He does this for theatrical attention and emphasis. Moreover, he also uses multiple short clips and images throughout the video. Even when he records himself! This keeps his audience engaged with his videos.

Would you like watching a roast video delivered by a slothy spirit? Definitely not! In the case of Carry’s videos, his energy level is very high. He never really talks normally. He is either frustrated, or indignant or plain angry throughout the entire length of the video! His energy clearly reflects the emotion behind his video. This way, he is able to better connect with his audience.

Even when Carry was not recording himself and roasting people, he was extremely popular for his running sarcastic commentary. It’s one of its kind.

After all the technical analysis, we have the human factor. And that can’t really be quantified. Like mother’s love or patriotism, the connect that Carry Minati has with his audience is unparalleled. This is an example of why having true fans matters!

How Much Does Carry Minati Earn?

So, now the big question, how much this young man earn?

As you all know, Carry Minati has over 23 Million subscribers on YouTube. According to sources, his net worth is $3.8 Million. (Source)
As per his YouTube earnings, Carry earns approximately US$ 250k /month or Rs 2 Crore/month in Indian currency. And that’s just from ads.

Carry Minati is the youngest sensation on YouTube today. It began with a school kid playing video games trying to make his friends laugh by mimicking. It was his determination and understanding of the platform and his audience that made him achieve immense success. In his own words, “the roasting and original skit, storyline element side by side is a USP” for him. 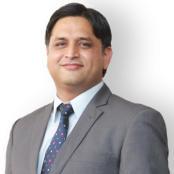